We’re back. Read about our latest health protocols and travel requirements.

What to see and do in Helsinki

Home/Blog/What to see and do in Helsinki
News
By Azamara on Wednesday, February 27, 2019
Share The Destination Immersion® Experiences Blog
FacebookTwitterLinkedinPinterest

A vibrant city full of colour and culture, sitting pretty as the capital of Finland, this laid back location is popular among cruisers and city hunters looking for a seaside break. Also known as the White City, in Helsinki, you’re never going to be short of sights, smells and hidden gems to explore when visiting, we uncover some of the top things to see and do whilst exploring this vibrant location.

Market Hall, also known as Vanha Kauppahalli is Helsinki’s oldest market dating back to 1889. The stalls here continue serving customers beautiful and bespoke produce the same way now as they did over 100 years ago, if you’re looking for exquisite food offerings, then this is the place to come.

Recently renovated and situated next to Helsinki Market Square, discovering fresh delicacies, gourmet coffee and bakeries to die for isn’t a difficult task. Serving traditional Finnish offerings until 2000 when European influence bought a post-war flavour to the stalls. Since then, serving up foreign flavours has become the norm.

Vanessa from Nordic Wanders told us about her visit to the Market Hall “I really enjoyed trying Finnish cuisine. The old market hall down by the harbour is an excellent place to do so, and I also enjoyed the buffet restaurant Konstan Möljä, which serves traditional Finnish food from Karelian pies to reindeer meat.” 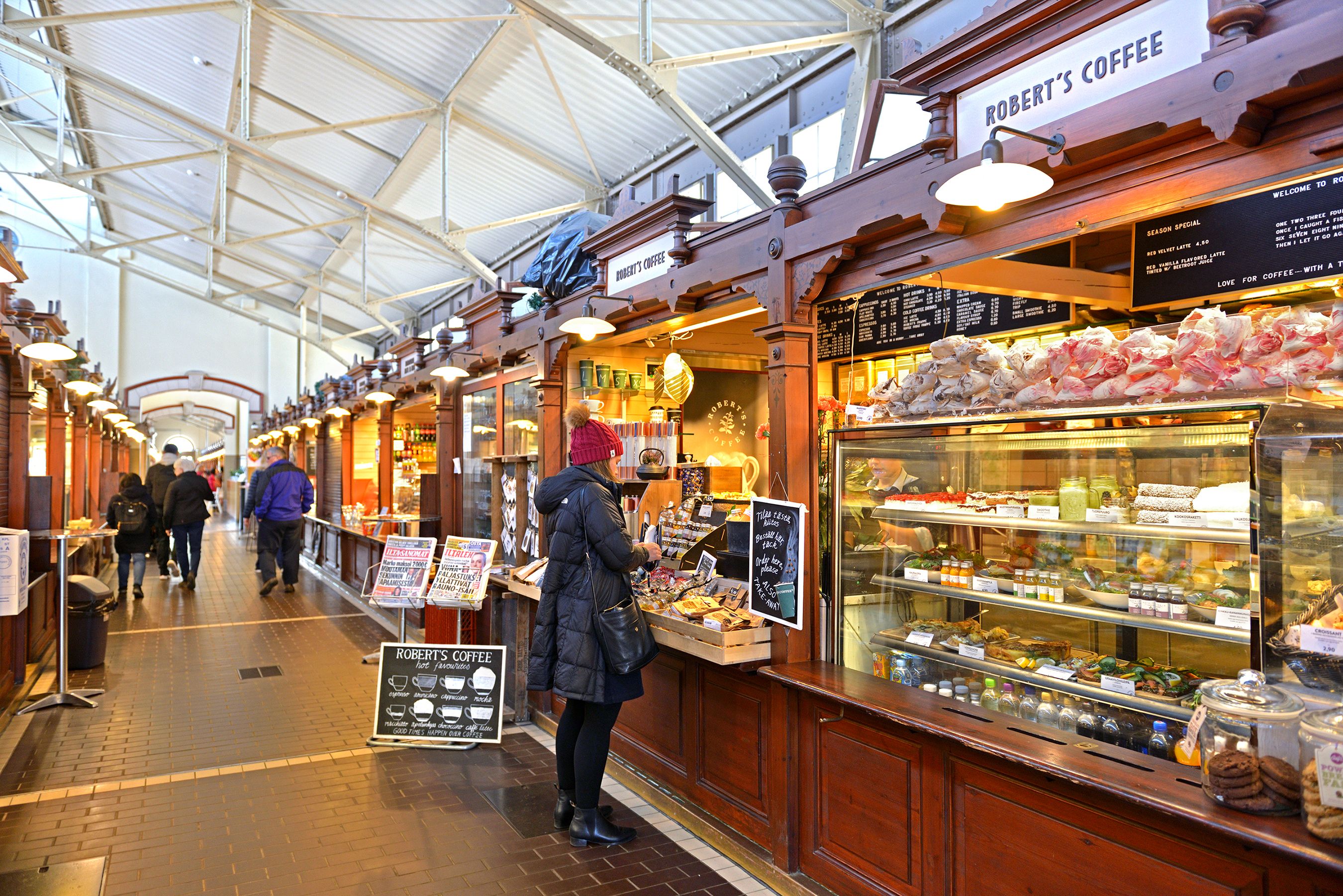 Situated in the popular and busy Narinkka Square, the Chapel of Silence, also known as the Kamppi Chapel, offers an area for retreat and reflection, in the sound of complete silence.

Not used in the conventional way of a chapel, no ceremonies or congregational services take place within its rounded wooden walls, but instead Helsinki City social service staff are available for conversation.

“The wooden Kamppi Chapel, known as "Chapel of silence" offering a moment of silence in one of the busiest areas of the Finnish capital.” Says Agnieszka from Worldering Around.

Situated just off the coast of Helsinki and available on various daily boat crossings, Suomenlinna is home to the 18th-century sea fortress with defensive walls that are spread across 5 other smaller islands.

Visiting Suomenlinna doesn’t just have to consist of exploring the historic sights, you can hike along the walking trails that sit across the parkland, head to the King’s Gate Drawbridge and museum or visit the 1930’s Submarine Vesikko. A day trip to Suomenlinna is a real cultural experience and one not to be missed when visiting Helsinki.

If you want to get adventurous, then head to some of the other smaller island that run alongside, just like Vanessa suggests: “While everyone else might be headed to Suomenlinna (for a good reason - it's a stunning island, though maybe a bit crowded during the summer), I'd suggest visiting the island Seurasaari instead. You'll find an open-air museum there, telling you all about Finnish culture and history, as well as plenty of walking trails and scenic viewpoints in the woods and along the shoreline. Seurasaari really makes for the perfect afternoon out in nature after a morning of sightseeing in the city centre!” 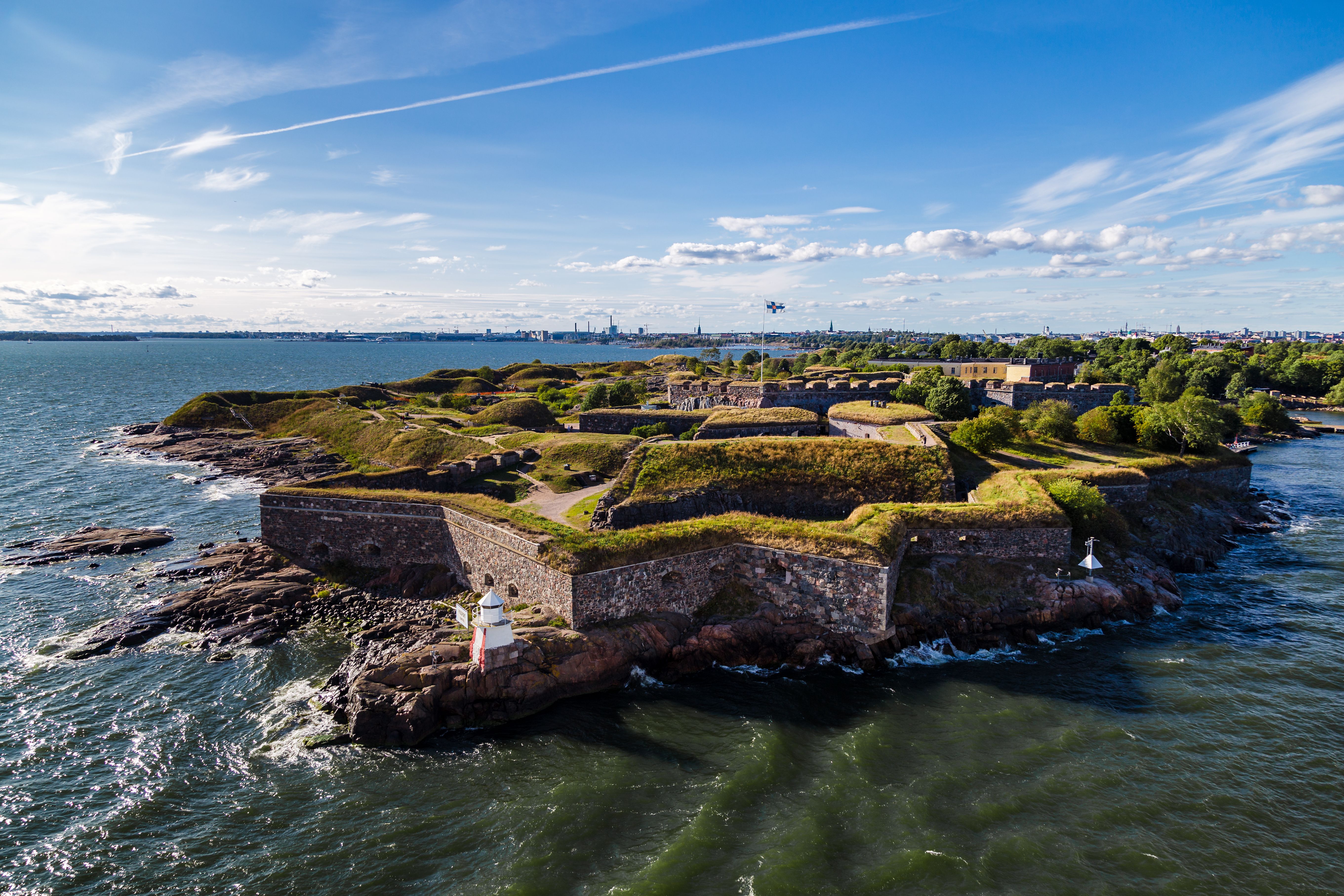 “My favourite thing to do in Helsinki is exploring the city by foot and tram, especially near the inner city suburb of Töölö. It’s lovely to walk along the Töölö Bay in Hesperia Park or along the sea in the City Park in Töölö, which is also the home of the Sibelius Monument. One of my all-time favourite cafes, Café Regatta, is there as well. It’s a small, red cottage with a vintage interior and loads of character, not to mention great cinnamon buns and other Finnish delicacies.” Says Terhi from 50 Degrees North.

The collective name for various neighbourhoods, Töölö is the location of the Finnish Parliament House, award-winning architecture and Helsinki’s Olympic Stadium which hosted the 1952 games.  Having since been split into various suburbs, we suggest you meander around its small bookshops, bespoke galleries and vibrant parks.

A significant part of Finnish culture for hundreds of years, saunas are part of everyday life in Helsinki. Before the days of showers and baths in the home, people used to use these public saunas as a place to socialise, wash laundry, treat sick people and of course, wash.

When Agnieszka visited Helsinki, she visited one of these traditional saunas: “Helsinki is a great destination for a visit. When I travelled to Helsinki last winter I especially loved the traditional Finnish sauna and ice swimming. It was such a unique experience, very close to the Finnish culture. After spending some time in the hot sauna, you run through the snow to jump into the icy water in the bay, where you refresh your senses. After that, you come back to the sauna for the next session and do the round trip again. I can highly recommend it!”

After a swim in the saunas, people often choose to take a dip in the ice-cold sea, with great health benefits Vanessa tried it “I loved getting to know Finnish sauna culture. Traditionally, Finns like to spend their winters visiting the sauna, followed by a dip in the ice-cold sea. This is really good for your immune system and even though the bath in the sea might not be for everyone, a sauna visit is a must when visiting the city.”

Terhi recommends Kulttuurisauna sauna: “I would recommend an urban sauna visit and a dip in the sea, regardless of the season! For example, Kulttuurisauna (Culture Sauna) is great if you’re travelling alone or with just 1-2 others, or alternatively, places such as the Allas Sea Pool can accommodate a bigger group” 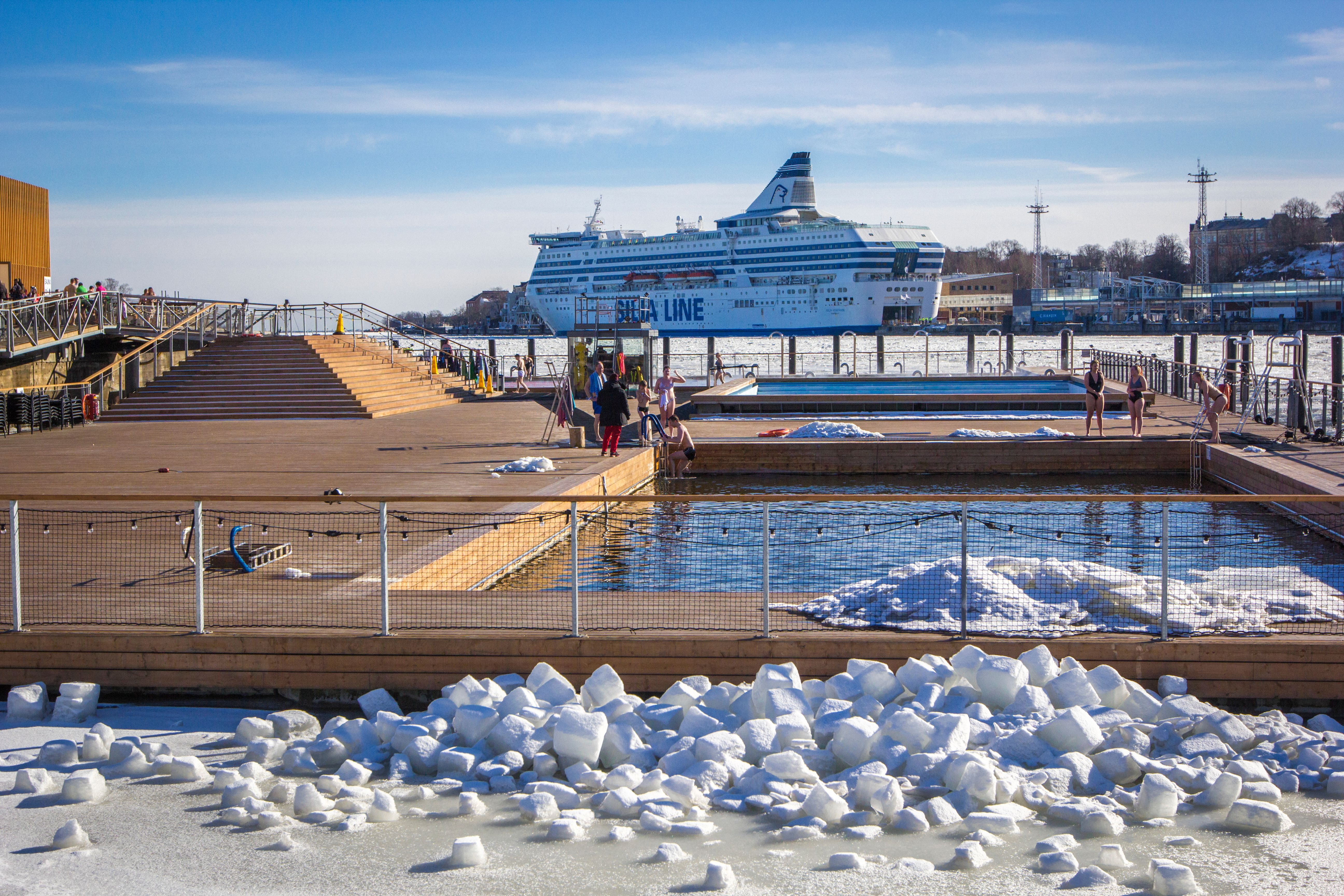 A must-visit location whether you’re on a family or singles cruise, Helsinki Cathedral is a distinctive landmark in the Finnish landscape and one that is rich in history.

This impressive structure with its green domes and neoclassical style is a popular destination for tourists all year round. Complete with Cathedral shop, coffee shop and art exhibitions, this location is well worth a couple of hours exploration.

Nomadic Matt recently commented on the Cathedral on his blog: “Right next to the bank museum is Helsinki’s giant cathedral. It towers over the surrounding square and inspired a few “wows.” You won’t walk away thinking this is one of the greatest cathedrals in Europe, but I did think it was one of the best in Scandinavia.”

A park in the heart of Helsinki, if you’re visiting, you’re bound to stumble across the green expanse of Esplanade Park. Host to various shows, in the summer months you can witness the Marimekko Fashion Show, Jazz-Espa Concert and much more. Visit the promenade and relax in the sun alongside the Finnish locals, it’s a real hub of activity.

If Helsinki looks like the sort of city you want to explore, then check out our range of cruises that can take you right to the heart of Finland.