Home/Blog/Animals to look out for on an African safari (besides the Big Five)
News
By Azamara on Monday, October 28, 2019
Share The Destination Immersion® Experiences Blog
FacebookTwitterLinkedinPinterest

Seeing animals roaming free in the wild is one of the most incredible experiences you can have in nature, and Africa is home to some of the most intriguing creatures on the planet. Although scouting the Big Five is certainly a must on an African safari, often it’s the animals you didn’t expect to see that make the experience so enriching.

So if you’re looking to head out onto the plains on an African safari, read on to find out about some impressive animals you should look out for. 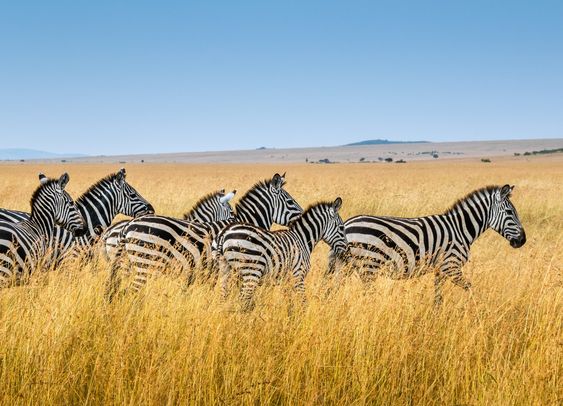 With dazzling black and white stripes that stand out against the honey-coloured plains, if you’re lucky enough to see a family of zebras on your African safari, you’ll certainly not miss them.

Zebras live in family groups led by a stallion, although they can loosely form herds. They are known for being spirited and playful animals but won’t hesitate to defend themselves against predators with a powerful kick. Their stripes are thought to confuse predators by making it harder to see how many zebras are in the group, as well as protecting them from the sun’s harmful rays and discouraging blood-sucking insects like horseflies.

Travel blogger Steph from Big World Small Pockets recounts the time she saw zebras in Kenya and why the experience was so memorable.

“I absolutely loved seeing the zebras in Hells Gate National Park in Kenya. What made this experience so exceptional was the fact that I was riding past on two wheels at the time, which meant I had a unique opportunity to get up close to them. It was amazingly peaceful and truly unforgettable.” 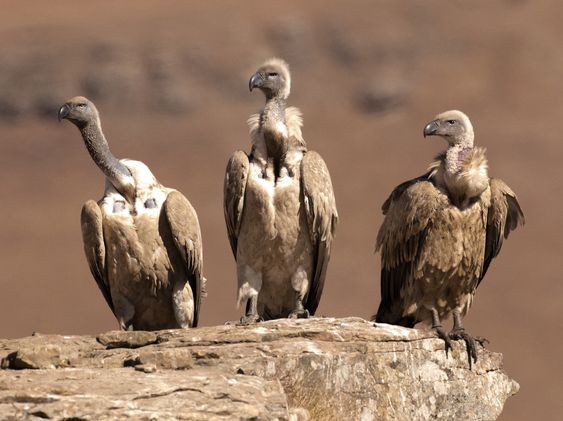 Not an animal that first springs to mind when you think of an African safari, but travel blogger Natasha from The World Pursuit says vultures play an important in the wild and certainly worth looking out for.

“While on a safari you definitely have to look out for vultures. People generally associate these birds with being ugly and being a symbol of death, but they play a crucial role in the ecosystem. They’re the clean-up crew, responsible for clearing carrion from the savanna.

“There are eight different species that call Africa home, but one of the most common you can spot is the white-backed vulture. You can find vultures in most national parks across Africa and spotting them can be fairly easy. When you see them circling in the sky you can bet there's a carcass or fresh kill below.

“Vultures are critically endangered due to farmers poisoning them and a low birth rate. Vultures only choose one mate a year and lay one egg, but sadly are a nuisance to the locals resulting in their death.” 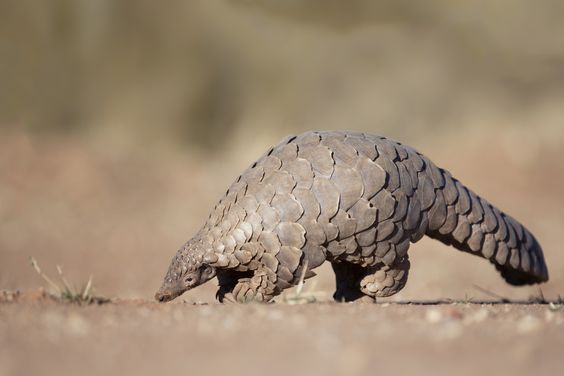 Pangolins are endangered, anteater-type animals known for their scaly yet endearing appearance. They are the only mammals in the animal kingdom that are covered entirely in scales, curling up into a ball if predators are around and using their sharp tails to defend themselves.

Jurga, travel blogger at Full Suitcase, explains why seeing one of these animals up close was a one-of-a-kind experience.

“One of my most memorable safari experiences was seeing a pangolin in the wild in Namibia. I never even knew an animal like that existed, let alone its name. So, when our guide stopped next to the road and rushed us all out of the car, we were wondering what it was he had seen. It was a pangolin! We were lucky that the animal then came out to the open road and we could see it really well. Such a unique and special creature.

“The guide told us that it’s extremely rare to see them and that it was the first time he had seen one in the 4 or 5 years that he had worked as a safari guide, so we were extremely lucky to experience this. That's the fun of going on safari - you just never know what you'll get to see.” 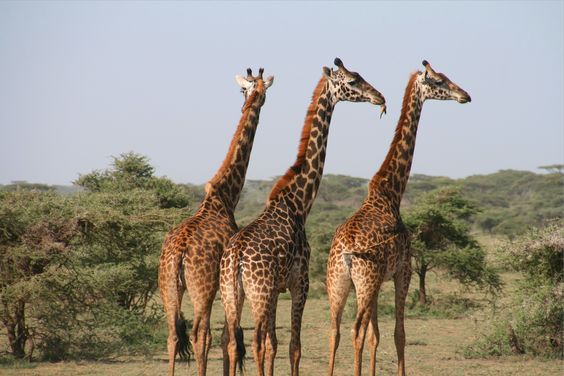 If you’re not looking out for the Big Five, you’ll certainly be keeping an eye out for giraffes. A bucket-list safari animal, giraffes are loved the world over for their long necks and mottled, square-like print.

These majestic animals are the tallest in the world, reaching heights of 20ft (6m) tall. Giraffes can be found in the open plains, grasslands, and savannas of Africa. They are herbivores, using their elongated necks to reach leaves, shoots and fruits in towering trees.

Alice, travel blogger at Alice in Wonderlust, told us about her encounter with these gentle creatures in Tanzania.

“After university, I took a gap year which I spent volunteering in Tanzania. In addition to volunteering, we also did a 5-day luxury safari through the company. One of my favourite animals I saw during the trip were the giraffes. I've always had an affinity with the creatures, and it was great seeing them in their natural habitat. They were so used to the safari trucks that they came right up to our vehicle and we got to see them up-close and personal; I was surprised at how at ease they were with us.”

Family blogger Lucinda at Bakes, Books and My Boys also got to see these wonderful animals up close on a safari and was taken aback by their calm and unhurried nature.

"We were on a safari early one morning, and across the path came the most amazing sight of a giraffe and her baby. It’s one thing to see these remarkable giants at the zoo, but seeing them first thing in the morning with the sun rising behind them is far better than any sight I’ve seen. This gentle giant, which always seemed skittish at a zoo, was so magnificent and unafraid of all these humans (in fairness, I think we were struck dumb by the sight!). She slowly watched her baby cross the path literally about a metre in front of us on its wobbly legs and ducked her head at us as she followed behind. No speed or urgency in their movements at all. It by far was my favourite sight, so much beauty and trust." 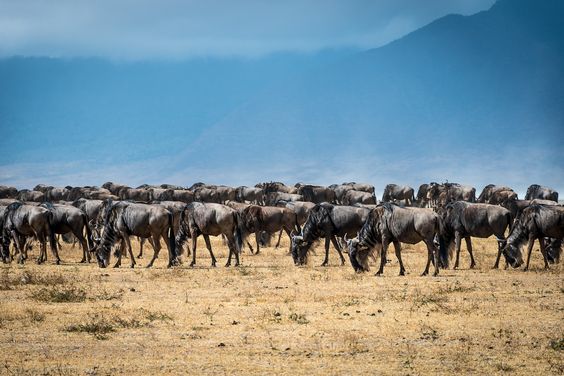 A member of the antelope family, wildebeests live in herds and are continually on the move in search of food. Every year, wildebeests cover up to 1,000 miles while searching for grass and water, returning to the Serengeti plains when most of the grass has been eaten and the rainy season begins.

As well as spotting giraffes, Lucinda was also lucky enough to see a herd of wildebeests passing through the plains on her safari.

“We were on the way back from a ride where we had seen an extraordinary pack of Lions asleep after lunch. Suddenly, we had a herd of wildebeest happen upon us. Not the most beautiful animals, but my goodness watching these huge animals stop everything on the African plain while they move about their business was just phenomenal. Giraffe, zebras and warthogs all moved alongside them, almost as escorts, and you could feel the vibration underfoot as they passed without barely a glance. Watching this natural occurrence happen almost within touching distance was just outstanding and a once-in-a-lifetime experience.”

Have we inspired you to book an African safari? Experience a safari tour you’ll never forget on a range of African cruises. For more information or to browse our other cruise excursions, contact the Azamara team today.

Ultimate romantic destinations that you can cruise to

Loved up couples are looking to escape the madness of everyday life on a regular basis, but to understand the real sense of romance, you need to embark on...

From Buckingham to Bangkok, the world is scattered with palaces that will take your breath away. Some are still official royal residences, while others...

Five Things to do in Barcelona

Barcelona is one of Europe’s most dynamic cities. There is so much to see and do, which makes it the perfect port for an overnight stay. If you embark or...